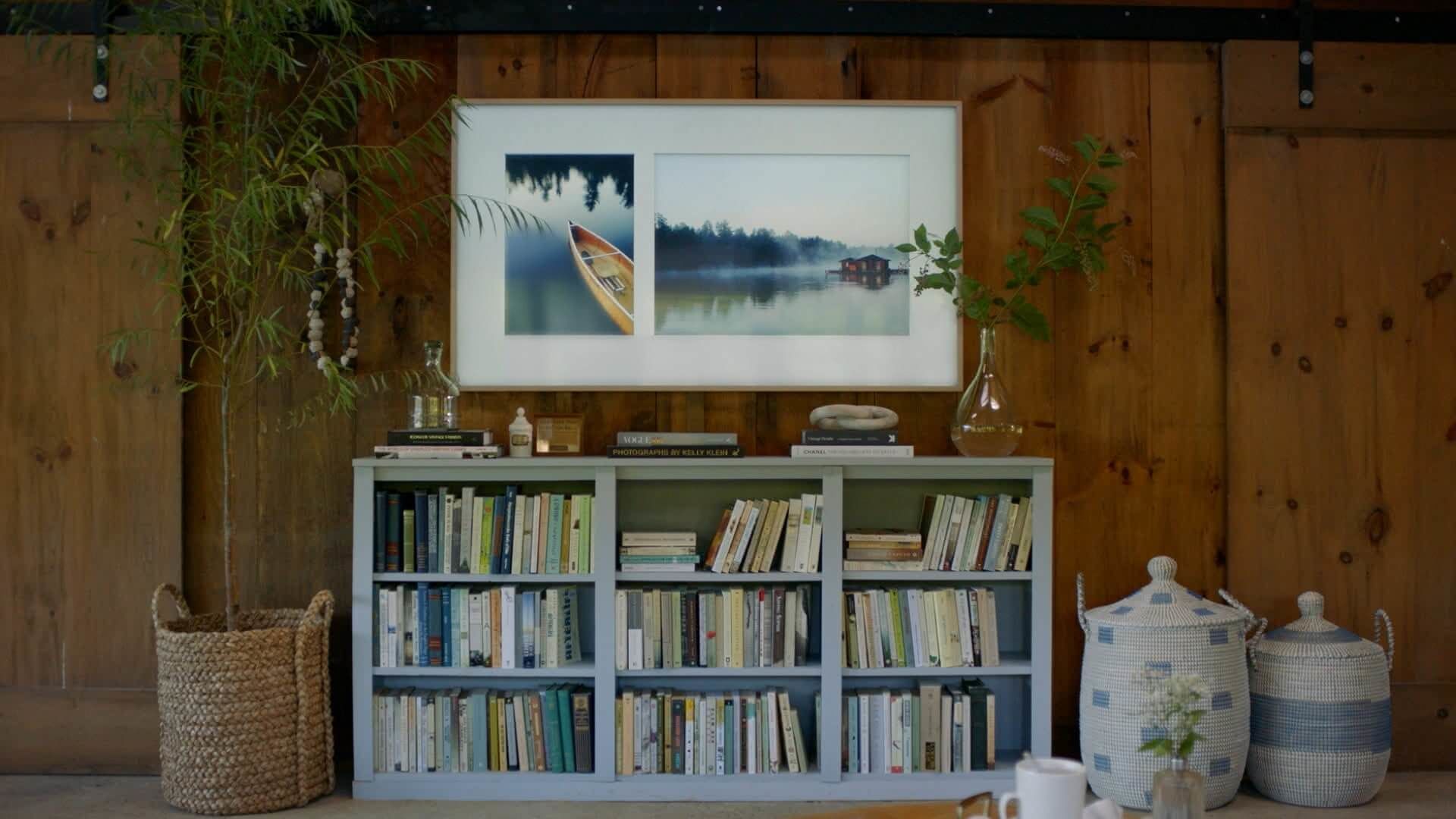 Demystifying Storytelling and Entertainment for Brands.

We help brands understand the evolving entertainment landscape and how to participate in it. We offer our Partners deep expertise in all facets of creative development, production, and distribution—we help you build a business case, develop your brand’s content, and connect it to the best platform for distribution.

Our Brand Content and Entertainment teams are purpose-built for your needs—featuring award-winning writers, show runners, directors, and specialists from across our company and the industry.

We targeted an audience that considers TVs an eye sore and introduced them to a TV that was designed to fit seamlessly and stylishly into any home. Samsung's new TV, The Frame, was designed by Swedish designer Yves Béhar to look just like a picture frame. We worked with HGTV celebrity designer Emily Henderson to create a web series called Reframe this Space. In each episode, we tapped into the home decorating trend of adaptive reuse to reimagine old and unused spaces. By working with Emily and her four co-hosts, we were able to create content that our target audience not only engaged with but liked enough to share. But our influencer play didn't end there.

At the same time, we tapped 26 influencers on Instagram, gave them The Frame, and asked them to reframe their own spaces. People went nuts for it. Overall, the influencers posted over 250 pieces of content, with a total engagement rate of over 5%. All that translated to over 1 million likes, comments, and shares. And all that translated into five times the normal daily traffic on the product page and tripled sales. By creating content that our target audience found valuable and putting it on channels that they were already engaged with, we were able to not just talk about The Frame, but show a target audience the potential of a TV that has changed the game.

It’s one thing to say the first-ever BMW 4 Series is Un4gettable. It’s another to prove it. And that’s just what BMW did by rewarding two fans for being among its most active social media fans with their very own 4 Series for the weekend—before it was even available at dealers. For forty-eight Un4gettable hours, they tweeted, Instagrammed, Facebooked, and blogged about their experiences with the new 4, spreading the word socially, and in turn, rewarding BMW. The Un4gettable Weekend made a social connection to its fans not just through the typical social channels, but by simply being social—in person, with a brand new car not even available yet at dealers. This was not a contest of any sort — we simply scoured BMW social platforms to reward two fans who were vocal about their passion for BMW, and specifically, the upcoming BMW 4 Series. Our two stars, Nate and Rashed, actively posted BMW photos and messages on Facebook, Twitter, Instagram, and all over the BMW blogs.

By surprising them for the weekend with the first-ever BMW 4 Series before anyone in the country had a chance to drive it, we knew they would not only truly appreciate it, but that they’d share their experiences socially—constantly. Their enthusiasm would market the car for us. Nate posted photos every chance he got, and Rashed ultimately wrote a post roughly eight pages long describing the full experience to a very interested audience. And of course, we filmed the entire event and created content to distribute through BMW’s social channels. In the end, we garnered 4.59 million impressions, 166,000 clicks, 2,401 new followers, and 2 new best friends of the brand. The program was social in every sense of the word.

For the launch of the Pixel 3, Google was determined to focus on converting non-Pixel users who were loyal to another phone brand—aka the unswitchables. To accomplish this, we created a series of short-form episodic content on YouTube in collaboration with the comedian James Davis titled "Unswitchables”.

The central theme of the series was to showcase how easy it is to switch from a different smartphone to a Pixel—and its ease of use to the device’s main strengths, Google Photos, and Google Assistant. Each unswitchable used the phone for 3 weeks and ultimately then needed to decide if they wanted to keep the new phone or go back to their old phone. You can probably guess how it ended.

With only 95 calories and 2.6 carbs, Michelob Ultra is the perfect beverage for the health-conscious beer lover. We leaned into that, went ultra-serious, and spoofed the high-end home gym industry with the promotion of a completely fake product. Introducing, Fridget+.

No detail has been overlooked in Fridge+, which comes loaded with custom gear like adjustable beer-weighted dumbbells and a foam roller that doubles as a koozie. The premium product promises the opportunity to enjoy Michelob Ultra’s low-calorie, low-carb beer with chill, low-impact workouts displayed on the custom refrigerator’s OLED door screen.